Braga elected as European City of Sport in 2018 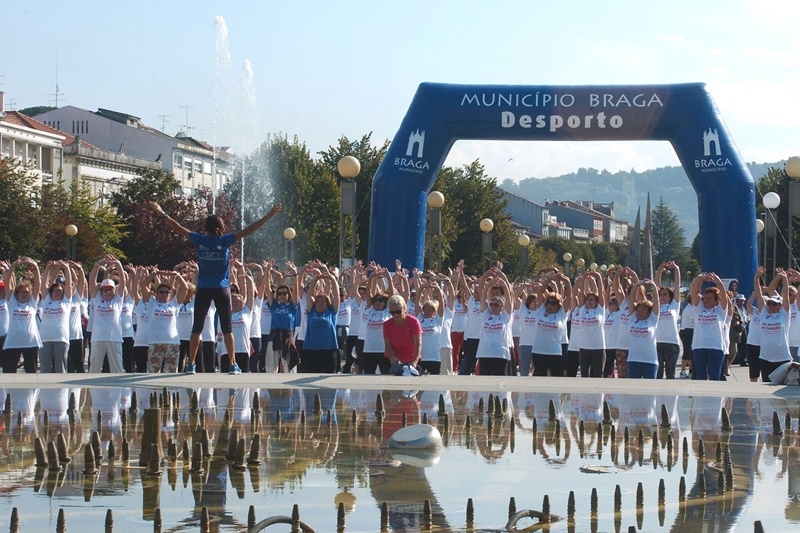 The City of Braga has just been elected the European City of Sport for 2018. The decision was announced this Tuesday, January 31, by ACES Europe (European Capitals and Cities of Sport Federation), which recognized Braga as the example to follow in promoting Sport for all.

The development of municipal programs to encourage the practise of sports among the entire population, as well as its benefits in terms of the promotion of health, integration and education, were some of the reasons that contributed to the victory of Braga's application.

For the president of the Municipality of Braga, Ricardo Rio, this is a distinction that makes the City, which lives Sports in an intensive manner throughout the year, very proud. "Sport has an increasingly important role in Braga's society, due to the high number of sports agents that elevate the name of Braga to the highest level, helping us to be known as a 'City of Champions'," says the Mayor.

After Braga's distinction as the Ibero-American Capital of Youth in 2016, and being the City of choice to organize the XIII edition of the Atlantic Axis Games, in 2019, Braga embraces a new challenge now. "2018 will be another defining year for Braga and an opportunity to show Europe all the dynamism of Braga regarding sports," ​​says Ricardo Rio.

According to the Mayor, "in addition to the existing infrastructures in the city, and the high number of federated athletes in the most diverse sports, Braga is also recognized by the thousands of amateur athletes who use Sport every day as a way of promoting their quality of life and their well-being, therefore this distinction confirms the full potential of the City and the work that has been done in recent years."

This election is also a further incentive for the City Council of Braga to continue its commitment to the improvement of conditions for sports for elite athletes, as well as for the general population. "This year we will move forward with strategic investments for the development of the Municipality concerning sports, starting with the regeneration of the Sports Complex of the Highway (Complexo Desportivo da Rodovia), the upgrade of the Flávio Sá Leite Pavilion (Pavilhão Flávio Sá Leite), the regeneration of the Exhibition Park of Braga and the Urban Cycle Routes" concludes Ricardo Rio.

The European City of Sport title in 2018 will be awarded during the ECES Europe gala which will take place on the 15th of November at the European Parliament in Brussels. "