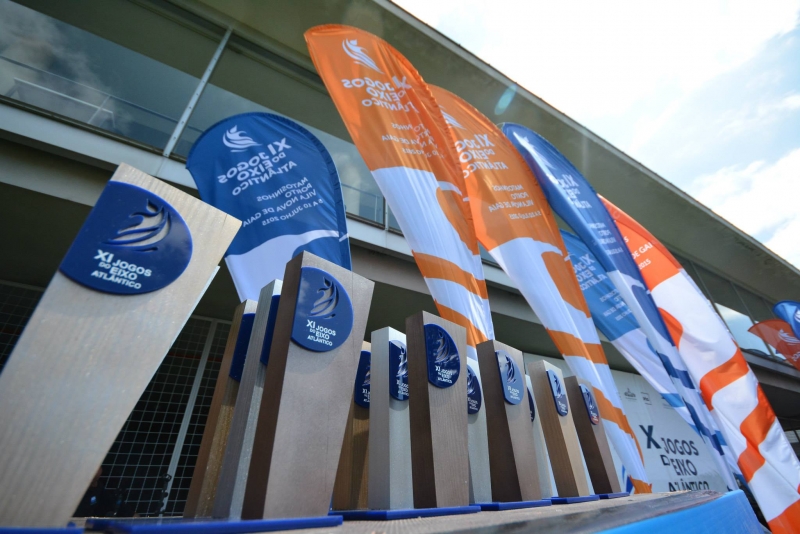 Braga is the elected city to host the XIII edition of Atlantic Axis Games in 2019. The assignment of this cross-border competition, which takes place biannually, resulted from the election made by the sports thematic group of the Atlantic Axis that convened in Lugo, na Galicia, where Braga’s gathered 69% of the votes of the presents.

Among the elements positively evaluated to elect the candidacy held by Ricardo Rio, Mayor of Braga, we can find the activities developed in the city under Iberian-American Youth Capital context and its inclusion in the strategies defined by the Municipality to be nominated European Capital of Sports 2018. In addition, Braga’s great sportive dynamics involving all community sectors, as well as the fact of nearly 40% of its population is under 30 were decisive factors in the final voting of the Thematic Group.

This way, Braga shall have the testimony of Lugo Monforte and Sarria, cities that will organize the 2017 edition of the Games.
Participants in Atlantic Axis Games are aged between 14 and 16. Sports disciplines are the same in all editions, however each hosting city may choose an extra discipline. In Lugo, Monforte and Sarria this one is rhythmic gymnastics.
Basketball, Handball, Swimming, Athletics, Football 7-a-side (men) and Volleyball (women), are the regular sports in all Games’ editions, and Athletics and Swimming also have  disciplines for physically disabled youths.

The Peninsular Northwest Atlantic Axis constitutes a non-profit private cross-border Association from the Peninsular Northwest Atlantic, involving the Municipalities which compose the urban system of “Galicia-North of Portugal” Euro-region. This Association, born in 1990, currently comprises 36 municipalities, from which 19 are Portuguese and 17 are Spanish.