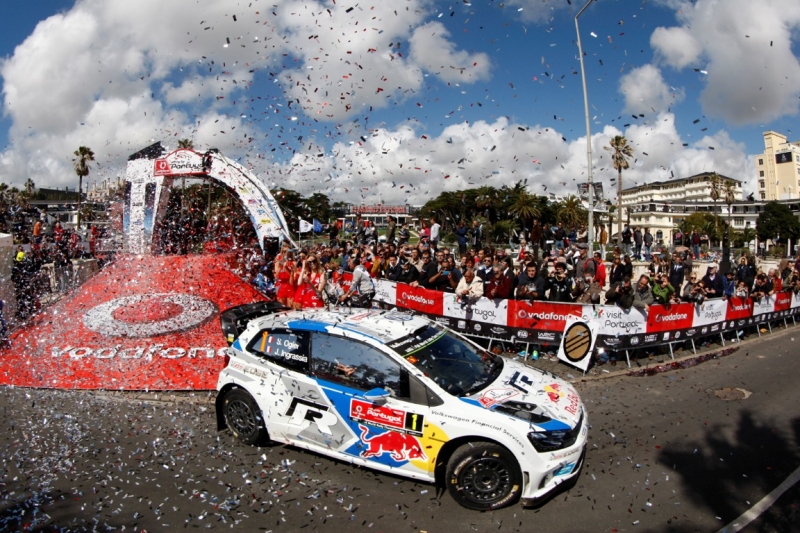 The city of Braga will host next May, and after 30 years of absence, one of the most important and mediatic moments of the Rally of Portugal, a race integrated in the World Rally Championship, with Braga Street Stage crowning the most awaited race of the WRC in Portugal.

Braga’s Historic Centre will host the "route for spectators " of the Rally of Portugal, in one of the most emblematic Super Specials ever seen.

This "Super Special" will take place strategically in the heart of the City.

For Ricardo Rio, Mayor of Braga, "this is an event that Braga’s City Council has been carefully preparing in detail for months, along with the Automobile Club of Portugal", he explained, bringing forward the strategic definition of the choice of location for this "Super Special".

"This race is worldwide broadcasted reaching more than 70 million spectators, so it could not take place anywhere else than our historic centre. We'll show the best that Braga has to offer, contributing to the touristic demand and touristic promotion of the city and of the brand “Braga”, in a single event with a global reach. How many of us will be able to glimpse images like the ancient Cathedral of Braga (See of Braga), or the beautiful Arch of the New Gate, greatest symbols of a Historic City, set as the backdrop of one of the most important, impressive and mediatic sports events worldwide broadcasted. In short, we will have the World looking at us. Braga will be the centre of the attention," explained the Mayor.

Braga is already assumed as the main novelty in the annual calendar of WRC’s Portuguese Race (World Rally Championship). In 2017, the Rally of Portugal celebrates 50 years, therefore many commemorative initiatives are being developed for this date.

On the 19th May, 2017, it will be disputed in Braga’s historical centre, a super special consisting of a route with approximately 1.9 km, on the format known as “Street Stage”, run twice.

"Braga Street Stage" will take place late in the afternoon on the 19th May and recce will be done in the middle of the day with the racing cars. The time interval between Recce and Street Stage will offer several activities, such as a competition reserved for classic sportive vehicles.

The operation will require the assembly of a real urban circuit in the heart of the City. To minimize the constraints inherent to the passage of this "special" through Braga's Historical Centre, the Municipality of Braga has been working tirelessly with several entities –  including the Oporto’s City Council, which has given its full support to the Municipality of Braga – as well as with the security forces, in order to carefully and meticulously study all options to be taken.

A study performed by the International Centre of Territory and Tourism Research from the University of Algarve, in partnership with the University of Minho, reveals that the total direct expenditure generated by the WRC Vodafone Rally of Portugal in tourism's economy in Oporto and Northern Portugal and spent by rally enthusiasts and teams reached more than 65 million euros in previous editions.

In addition to this direct amount, the accumulated audience of the race was estimated to be more than 73 million spectators, who generated an additional indirect impact exceeding 62 million euros, thus creating a total volume of more than 127 million euros of return to the tourism's economy and to the image of the destination.

Also for this reason, Braga will be once more the centre of global attention.