Project 'Pimpolho' is a reference in Portugal 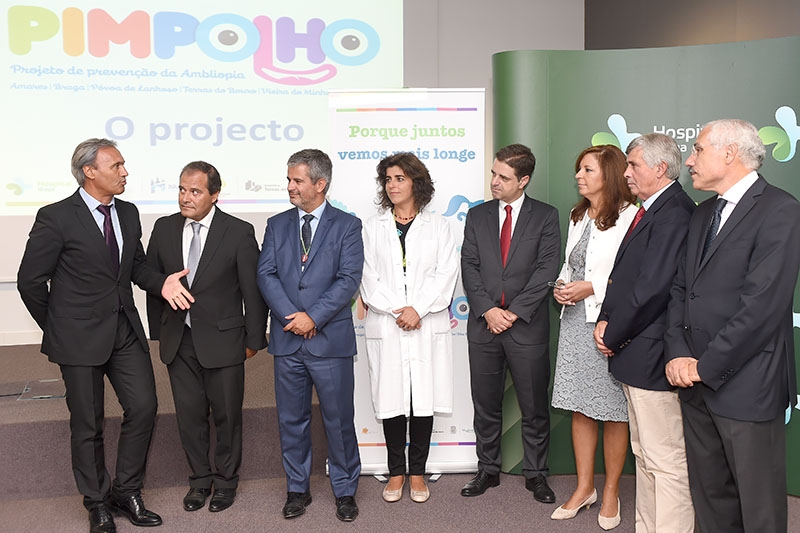 Given the enormous relevance and positive results of the project 'Pimpolho', its scope has been extended to other Towns like Amares, Póvoa de Lanhoso, Vieira do Minho, Vila Verde and Terras de Bouro.

The pioneer project in the prevention of amblyopia, developed since 2014 by the initiative of the City Council of Braga and the Hospital of Braga, helps detecting amblyopia with a unique medical appointment in children aged between 3-4. In the last two years, approximately 2000 children from Braga’s kindergartens were covered by this project of early detection of amblyopia, what led to the to conclusion that in every 20 children, one has amblyopia.

At the signing ceremony of the protocols of cooperation with the municipalities, which occurred today, 15 September, at the Hospital of Braga, Ricardo Rio, Mayor of Braga, was extremely pride for the fact of Braga having been in charge of this project which already involved about two thousand children. "This was an initiative from the Hospital that we welcomed with great affection and whose execution we support, through the liaison with schools and the provision of logistics means," said the Mayor.

From October onwards, the project will be extended to five more municpalities and will cover 1,600 children per year.