Braga solidifies relationships with Israel on the technologic plan 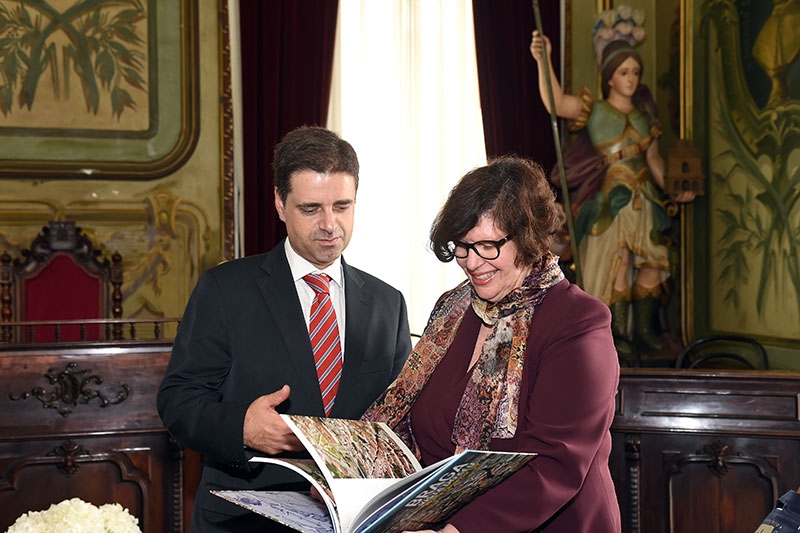 The city of Braga intends to solidify its relationships with Israel and replicate measures and policies supporting entrepreneurship and technological innovation. During the reception of the Ambassador of Israel in Portugal, Tzipora Romin, in September of this year, the Mayor of Braga, has expressed its promptness for a closer cooperation with Israeli Government.

Recognizing that Israel’s technological plan is a worldwide reference, Ricardo Rio praised the policies devoted to promote entrepreneurship and the ability to connect the production of knowledge to the economic exploitation of this country, pointing to Haifa as a city of an extremely particular culture and really close of what is desired for Braga in the field of technological innovation, which also means that Haifa is a desirable twin city for Braga.

On the other hand, Tzipora Romin, who had already made a visit to Braga, getting to know InvestBraga, the International Iberian Nanotechnology Laboratory (INL) and the University of Minho (UM), pointed out that Braga can benefit from the Israeli innovative ecosystem regarding the production and development of knowledge. Around 4.5% of the GDP in Israel is dedicated to research and development. The sectors of new technologies are very important to us and we seek to establish a strategic cooperation with various countries", claimed the diplomat.
Tourism promotion is also a sector which cannot be neglected through this entire process. According to the Ambassador, the number of Israelis who visit Portugal has been growing considerably. Just last year approximately a hundred thousand of Israelis visited our country.

This reception was integrated in municipal initiatives to stimulate local economy, in particular actions of entrepreneurial diplomacy that help the capture of more foreign investment to Braga and also facilitate and promote the internationalization of local corporate sectors.