Braga with a luxurious cultural ' rentrée' 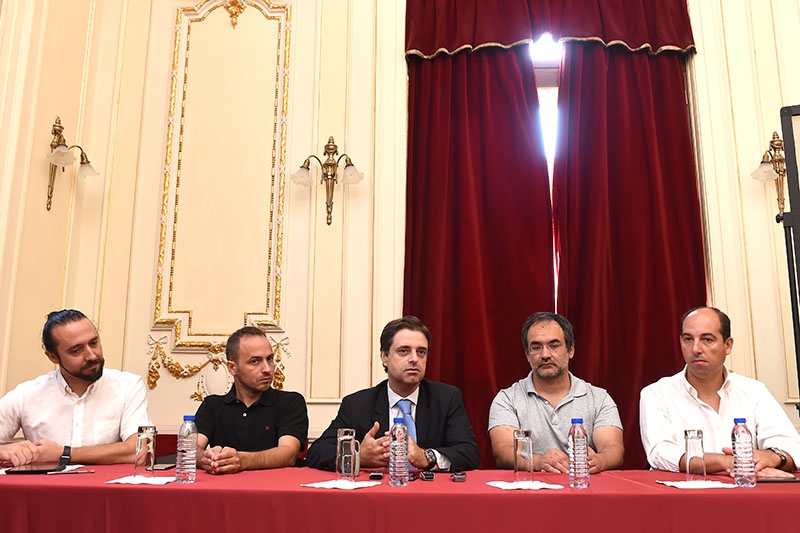 In October, Braga receives once again the festival that puts the city in the road map of the European festivals of electronic music. The sixth edition of ‘Semibreve’ is divided up between the main Theatre of Braga, ‘Theatro Circo”, the ‘GNRation’s space’ and the House of Rolão, presenting an ambitious programme that explores the most striking and innovative music created in the vast universe of electronic music and digital art.

This Festival took place in the centenary ‘Theatro Circo’, which is also a reference in the artistic world and one of the most popular concert halls in the country and in the Iberian Network of the European Route of Historic Theatres. During this Friday’s presentation of ‘Semibreve’, on 9 September, Ricardo Rio, Mayor of Braga, said that this festival "is an extraordinary example of the enormous quality and boldness of the initiatives developed in  Braga," and even "a challenge towards an alternative cultural route, which promotes the interests of Braga’s citizens to something outside the traditional music".

Initiatives like ‘Semibreve’ strengthen Braga’s application to UNECO’s creative city in the field of Media Arts. "It is no coincidence that we chose Media Arts for this application. This is an area where challenges to Municipalities’ creativity and innovation are more demanding, but it is also the way to enhance the connection between Brga’s multiple dimensions: a cultural city which simultaneously  has an economic and technological dimension based on its corporate sector", he said.

According to Ricardo Rio, after having presented another edition of ‘Encontros da Imagem’ (Image Encounters), the close arrival of the ‘Festival para Gente Sentada’ (Festival for People Sitting Down), as well as another edition of ‘Braga Barroca’ (Baroque Braga), this Festival, ‘Semibreve’ only confirms that the City "lives a luxurious cultural 'rentrée' which demonstrates the existing eclecticism in Braga, the vitality of our institutions and the diversity and ambition of many initiatives that are not only references in Braga but also in the Country and even at an international level. "