Braga is one of the best evidences of the relevance and actuality of the term "county", perceived as a continuous and homogeneous portion of the territory, under the same administrative supervision and organized as a sustainable whole.

In fact, policies implemented by the Municipality of Braga for a balanced and uniform development of the whole territory are recognized and taken as an example, particularly those concerning the distribution of several complementary public amenities networks.

It is also highlighted the pioneering action of the Municipality which maintains decentralizing practices for local entities, resulting in a fairer distribution of municipal funds and consequently a more attractive council, in addition to the urban centre.

Presenting Braga – specifically through this Portal – is to show more than a dozen heritage spaces of the central hull.

It’s showing a unique territory with 37 components which compete equally for a harmonious whole, with higher or lower residential density but with multiple attractions, where we can find not only new facilities but also natural beauties, architectural heritage or archaeological remains. These ones form the History of one of the eldest councils of a county, that would become Portugal, and of a Bracara Augusta that would become Braga. In other words, a History narrated every day. 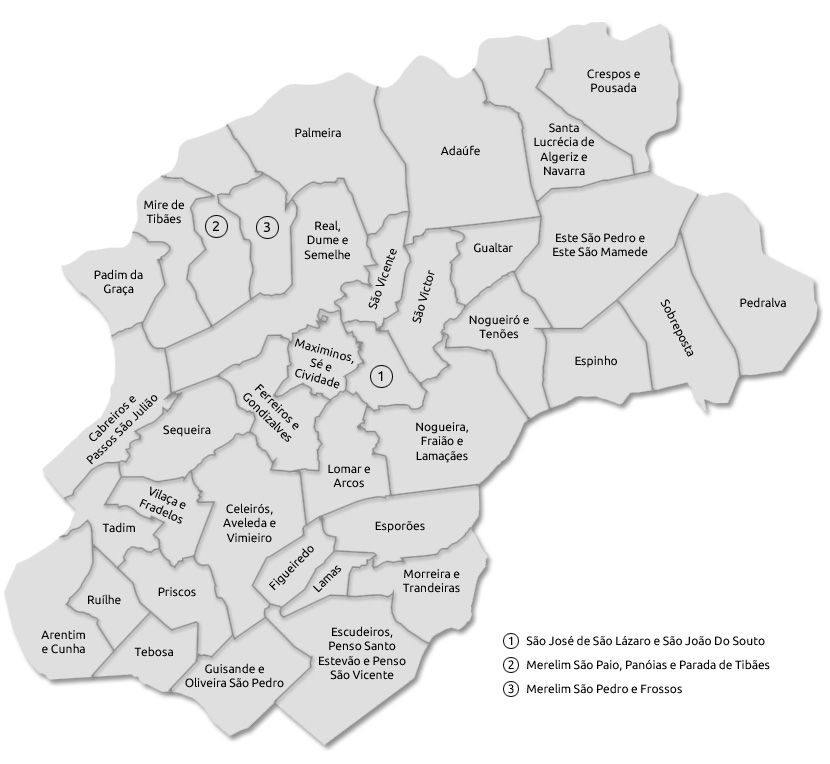