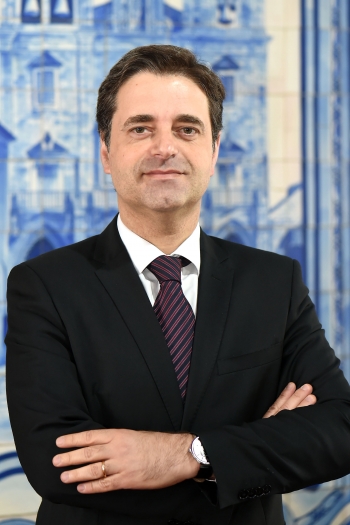 The City Council has committed to undertake a major overhaul of the relationship between Braga’s population and local government, so it can become a closer, more transparent and more accessible relationship.

Free access to municipal information in a remastered and simple aesthetic format for all citizens of Braga is an essential step to encourage citizens’ participation and intervention in Municipal affairs, decisively contributing to build a more active, responsible and enlightened citizenship.

Therefore, the new Portal of the Municipality of Braga is an extremely important tool which concentrates at a single site the relevant information for residents and visitors, providing a true interface between citizens and Municipal services.

The Portal will be the perfect meeting point for all citizens allowing them to have an active voice in community life, adapting its interactivity to new times, to different forms of communication and to the tools that technology provides and which are used on a daily basis by citizens.

With this Portal, Braga is taking a decisive and irreversible step towards the joint construction of a modern and intelligent City, increasingly connected to information and communication technologies and consequently, ever closer to the people.

RICARDO RIO was born in November, 1972, he is married and father of three daughters. He was born in Braga and studied in Dublin College (elementary school), in the “Andre Soares” Middle School and in “Carlos Amarante” and “Alberto Sampaio” High Schools. He graduated in Economics at the Faculty of Economics of Porto, where he also completed the coursework of the MSc in Economics. He also completed the Advanced Course in Political Studies of the Institute of Political Studies at the Catholic University of Lisbon.

He was the General Secretary of the Portuguese Association of Financial Analysts and Director of the Capital Markets Institute of Euronext Lisbon. At the same time, he worked for several years as a public and business consultant, including in multiple Programmes of Porto Business School.

Throughout his career, he collaborated with various entities such as the following: North Regional Coordination and Development Committee (CCDRN); Portuguese Business Association (AEP); Training Institute for Trade, Tourism and Services (IFCTS); “Pamésa”; “Astrolábio”; “Fernando Pessoa” University; Institute for Management of Social Security Capitalisation Funds; Foundation for Science and Development of the Municipality of Porto; Euronext Lisbon; “QI – Quociente de Imagem”; “ComunicAction”; and diverse Municipalities (directly or working together with Sigma – Team Consulting). He has also provided advisory services to the Board of Directors of Porto’s House of Music and to the City of Guimarães Foudation.

At a public level, Ricardo Rio has been an alderman at the Braga City Council since 2005. He was a member of the Braga Municipal Assembly, from 2001 to 2005. He is the Mayor of Braga since 2013. He is currently Vice-President of the Board of the cross-border association of municipalities “Eixo Atlântico do Noroeste Peninsular”, President of the Executive Council of the Intermunicipal Community of Cávado and chairs the Boards of Directors of Municipal Companies Theatro Circo and InvestBraga. He is a member of the Executive Committee of the Global Parliament of Mayors, a member of the Committee of the Regions of the EUROCITIES network and a member of the board of ATP (Porto Tourism Association). He is also, since 2016, one of the OECD's champions of inclusive growth. In 2022, he was awarded the “World Mayor Sustainability”, given by The City Mayors Foundation.