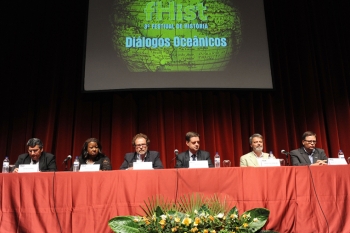 Braga, administrative and economic regional center, opens its doors to the World. The economic diplomacy carried out by the Municipality covers two aspects: in order to conquer new market segments for the business community installed in our County, but also state Braga as an area of excellence for the reception of new investments.

The leading role that Braga assign to the Institutional Cooperation with other territories and Institutions, embodied in different types of relationships, such as Twinning, Cooperation Agreements, Protocols and Networks strengthen the role of Braga in the region, in the Country, in Europe and in the World.

To this growing recognition it is not unconnected the important role played by companies of the county: Braga hosts about 19,000 companies in its territory, including significant economic groups such as Bosch Car Multimedia Portugal, Delphi, Torrestir, Aluminous Navarra, Primavera BSS, Edigma, WeDo Technologies, or DST Group, taking Braga to all corners of the World.